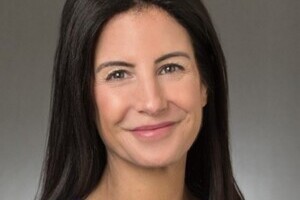 Espoo, Finland. 12 January 2022 – Nokia announced that it has joined RE100, a global initiative led by the Climate Group in partnership with CDP, which brings together the influential businesses committed to 100% renewable electricity.

Nokia has reported its emissions to the global environmental disclosure system, CDP, for more than 10 years most recently earning an A- score, and works with the organisation to track its supply chain emissions and climate targets.

The announcement cements Nokia’s earlier stated target to reduce emissions from its own operations by moving to 100% renewable electricity by 2025. By joining the RE100 initiative, Nokia aims to show leadership in renewable energy adoption in our operations and use its position in the ICT value chain to encourage suppliers and customers to take similar steps to reduce emissions by accelerating the shift to sustainable electricity.

Additionally, in line with the Science Based Targets initiative’s (SBTi) temperature target of 1.5°C, Nokia will continue to focus on reducing its emissions by 50% across its value chain, including its own operations, products in use, logistics, and final assembly supplier factories by 2030.

Melissa Schoeb, chief corporate affairs officer, says, “We are proud to be joining the RE100 initiative in recognition of our efforts to move to 100% renewable electricity by 2025. But this is just one part of our decarbonisation strategy. We’re working with our suppliers and customers to reduce emissions across our value chain and continually innovating to improve the energy efficiency of our technologies so we can make our own and other industries more sustainable.”

Sam Kimmins, head of RE100 at Climate Group, says, “We are delighted that Nokia has joined RE100, the global initiative led by the Climate Group in partnership with CDP. By committing to 100% renewable electricity, Nokia is taking an important step forward on improving its sustainability journey and joins over 340 of the world’s leading companies committed to driving market change. We encourage others to follow suit.”

While the commitment focuses on Nokia’s Scope 2 emissions, it continues to work on reducing its Scope 1 and 3 emissions. For example, Nokia is working on reducing product use time emissions in line with its SBTi commitment, by continually improving energy efficiency more widely across its product portfolio.

Nokia has been increasing its share of renewable electricity for several years now; its usage across the business in 2020 was 39% and it is on track to reach the 45% target for 2021. Nokia is committed to accelerating this trend to reach 100% by 2025.