How big a deal is ad fraud? - The EE
Skip to content 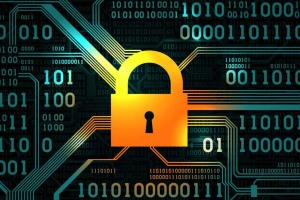 Most businesses believe that ad fraud doesn’t affect them in any shape or form. However, it’s likely that ad fraud could be slowly and methodically gnawing away at your budget, whether you are a marketer managing online campaigns, a corporation, or a startup.

What exactly is ad fraud?

Any effort to mislead online advertising systems for monetary advantage is referred to as ad fraud. Unfortunately, many sites are financed by ad revenue, and many businesses invest significant sums of money in advertisements in the hopes of improving profitability. Ad fraud negatively affects both businesses and websites.

Online ads are heavily reliant on algorithmic exchanges to connect content with prospective clients. Ad fraud exploits these automated systems to impersonate actual users and profit from the broadcast of ads to nonexistent clients. Common strategies involved include bots and a variety of other tactics to deceive ad networks and advertisers into paying them.

As a result, marketers are stuck paying for ads that are shown to fake visitors. On the other hand, publishers will see an unusual rise in ad payments. Marketers will eventually begin to analyse the number of ads they think was shown to IVT (invalid traffic). IVT rates will be detected by advertisement exchanges, and if they’re unusually high, websites will be blocked from gaining access to the exchange.

Let’s outline the major types of ad fraud that businesses are prone to experience in online advertising.

What effect will the various types of ad fraud have on your company’s profitability? Below are some of the possible consequences of ad fraud:

Ad verification and its role in fighting against ad fraud

Just like ad fraud, ad verification features several clever ways of preventing and tracking down ad manipulation. Ad verification and ad fraud appear to be in a continuous race to compete on who can outmaneuver and outsmart the other. While the race continues, novel solutions are finding their way to the frontlines, and residential proxies are one of such.

As each residential proxy is created by a different device, there is a wide range of IPs and locations available. Ad verification companies can rest easy if they use a large enough pool (e.g. the Oxylabs pool is over 100M different IPs) as they will be able to avoid any possible IP blocks from fraudsters. Additionally, they may check ads from any geographic location if necessary.

Put simply, ad verification companies run batches of tests on websites that display advertisements. They use residential proxies to visit the website from many different locations to ensure that ads are not being displayed in unintended countries (or if fraudulent strategies are not being employed within a limited region). Companies also use data to analyse whether the display is according to campaign settings (e.g. site context, viewability, ad placement, etc.).

In its essence, ad verification rests on the premise that fraudsters will continue to do their thing, regardless of how complex or unethical it may be. As long as it remains profitable, ad fraud is going to continue. Therefore, in order to stem the losses inflicted, they charge a significantly smaller amount to keep company funds and marketing efforts safe.

Ad fraud is going to continue rising, especially since more companies are undergoing digital transformations. With online’s increasing importance there will surely be a rise in those looking to illegally profit.

Therefore, ad verification companies, and, in turn, residential proxies have become a vital part of the online marketing ecosystem. While we can’t expect ad fraud to suddenly collapse, we can expect that improvements in cybersecurity technology will reduce the negative impact.

The author is Andrius Palionis, VP of enterprise solutions at Oxylabs.io.