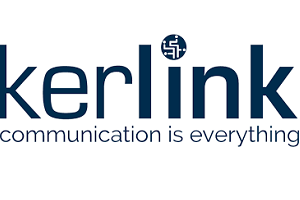 Thorigne-Fouillard, France. 21 April 2022 – Kerlink, a specialist in solutions dedicated to the Internet of Things (IoT), announced its participation in a pre-sale of Kalima tokens, called KLX, issued through the Initial Coin Offering (pre-ICO) of Kalima, a French specialist in blockchain specifically designed for smart contracts to support industrial processes and operations, such as logistics, energy consumption, or environmental monitoring, among others.

The pre-sale phases (Private Sale) in the context of an ICO enable new blockchain projects to raise money before the public sale of their Initial Coin Offering (ICO) by allowing investors to buy tokens (digital assets) before they are available publicly. Instead of receiving shares, investors receive an allocation of digital assets, in this case, the KLX token. Transactions are based on a preferential token price, similar to what is sometimes done in a pre-IPO round in which company shares are acquired at a discounted price before an Initial Public Offering (IPO).

According to Kalima, the company designed its blockchain to secure, facilitate, and accelerate the data collection, transmission, and storage for industries and sectors that increasingly rely on IoT networks.

Kalima’s blockchain is an ecosystem of permissioned decentralised, enterprise-private or industry-public blockchains, aka “privachains”, able to support the massive amounts of sensitive data generated by industries, which rely on connected IoT sensors and devices to collect, manage, and analyse their data, directly from their assets. These privachains can also be interconnected with each other, or with other public chains in the future (like Tezos, Lightning networks, Polygon and Cosmos hubs), thus accelerating Kalima blockchain adoption at the industrial level.

This blockchain is designed for small IoT devices and edge IoT gateways to ensure the integrity of the data transmission and the immutability of data storage. It also enables monetising the data collected, by adding tokenisation capabilities and trusted records generation that are essential for future smart-contract design, implementation, and operation, thus bringing the requested flexibility and scalability to support emerging business models. Kerlink expects its commercial solutions embedding Kalima blockchain to be available within 18 months.

“The convergence between the IoT and blockchain combined with tokenisation is a key element in a near future to envision new business models, based on trusted architecture, data traceability, immutability, and smart contracts or decentralised applications (DAPPS) at the edge of IoT networks,” says Yannick Delibie, Kerlink CTIO. “Transactions can be generated and validated directly at the site of data generation, removing the middlemen process and increasing back-office processing efficiency, especially in distributed networks. The business opportunities are then huge for industry and manufacturing, transport and logistics, and energy, as well as environmental monitoring applications.”

Kerlink chief marketing officer Stephane Dejean explained that while Helium blockchain is used to reward contributors for providing Hotspots to power The People’s Network, the Kalima blockchain leverages another key use case enabled by this technology. “Smart contracts will first benefit from this blockchain by automatically getting real-time, authentic, and trustworthy data, generated from IoT sensors”, he says. “This will enable them to independently trace operations, generate authenticated records, and secure contract execution, close to the field. Embedding such a native capability in our industrial-grade gateways will strengthen our IoT connectivity end-to-end value proposal to support the deployment of massive IoT in our targeted markets.”

As an early member of the Kalima blockchain consortium, Kerlink will have the right to participate in the decisions of the blockchain protocol and the evolution of the company’s business model. The amount of Kerlink’s investment in this pre-sale has not been disclosed . The public sale of KLX tokens in Kalima’s ICO is planned for Q3 2022.