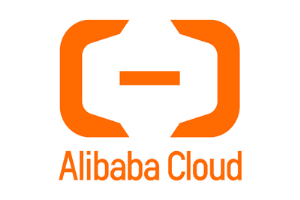 London, UK, 27 April 2022 – Alibaba Cloud, the digital technologies and intelligence backbone of Alibaba Group, announced it has made further progress in porting basic Android functions onto the RISC-V instruction-set architecture (ISA). This proves the feasibility of using RISC-V based Android devices in scenarios ranging from multimedia to signal processing, device interconnection, and artificial intelligence (AI).

Last year, the company reported it had successfully ported basic functions like chrome browsing in Android 10. Since the initial porting trial, further effort has been invested to rebase previous engineering on Android 12 to enable third-party vendor modules to facilitate new functions, including audio and video playback, Wi-Fi and Bluetooth, as well as camera operation.

To better facilitate these new functions, Alibaba Cloud has also enabled more system enhancement features such as core tool sets, third-party libraries and the SoC board support package on RISC-V, further improving the robustness of the RISC-V ecosystem when running on the Android software stack.

“The support of Android12, vendor modules and the AI framework on RISC-V based devices is another major milestone that we have achieved,” says Jianyi Meng, senior director at Alibaba. “We look forward to further contributing to the RISC-V community with our advanced technology and resources, and encouraging more innovation in the community together with global developers.”

Meng added Alibaba Cloud will open the source codes of related technologies in the near future.

The performance in the AIoT area is driven by Alibaba Cloud’s innovation across hardware and software layers. Alibaba Cloud has improved the computing efficiency by using SinianML, a model optimiser, the Heterogeneous Honey Badger (HHB), the neural network model deployment toolset designed for the RISC-V architecture, and CSI-NN2, the optimised neural network operator library. In addition, Alibaba’s software stack, along with the hardware toolset and library, has optimised AI operators and further improved the performance of the AI inference model, resulting in the Xuantie C906’s exceptional performance.

Alibaba Cloud’s RISC-V based processors have already been deployed widely across a range of applications including smart home appliances, automotive environments and edge computing. Last year, Alibaba Cloud opened the source code of its XuanTie IP Core series, enabling developers to access the codes on Github and the Open Chip Community in order to build prototype chips of their own, which can be customised for IoT applications such as networking, gateway and edge servers.

“AI for IoT is a highly competitive arena where customisation at every level is critical to achieve new breakthrough results at very low power” says Calista Redmond, CEO of RISC-V International. “Alibaba continues to build RISC-V industry leadership in parallel with their dedication and contribution to the global RISC-V community.”

“The flexibility of the RISC-V’s framework gives it an advantage in meeting the customisation demands of clients in the AIoT field. We will continue to drive innovation among the thriving RISC-V community, and assist global developers to build their own RISC-V-based chips in a much more cost-effective way,” says Meng.