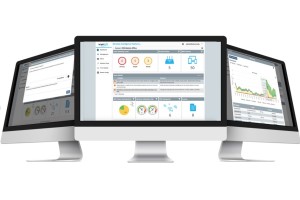 Video conferencing can be a lifesaver when it comes to promoting business continuity and operational efficiency. The ability to connect with colleagues around the world for what is essentially a face-to-face, real-time conversation without requiring anyone to drive across town or board a plane is a critical business capability. As such an important business driver, it’s necessary for enterprises to ensure that their wired and wi-fi networks are optimised to support video conferencing, says Roger Sands is CEO and Co-founder of Wyebot.

This requires organisations to:

Video conferencing today isn’t like it used to be. Employees can now share their screens, remotely access other computers, exchange files, collaborate using digital whiteboards, and speak to hundreds of people at a time.

To keep things moving flawlessly and avoid issues like frozen screens and mismatched videos and voices, your network and devices must meet the system requirements of your selected video conferencing application. Each platform lists its requirements online for example, you can find system and network information for Zoom here and here, Webex’s is here, Google Meets’ here and here, and Microsoft Teams’ here and here.

While everything listed is essential, businesses especially need to make sure they comply with all bandwidth requirements. Without the necessary amount of network bandwidth, there will be no way to achieve high-quality conferencing.

What is the best bandwidth for video conferencing? This depends. Webex recommends at least 1.5 Mbps per screen, while Zoom only recommends 1.0 Mbps/600kbps (up/down) for high-quality video. However, this jumps to 3.8 Mbps/3.0 Mbps for 1080p HD video. The recommendations will also vary depending on how many employees are in the conference, and whether someone is only listening or performing an action such as screen sharing.

Enterprises should know what their minimum requirements are, what IT recommends, and what would be considered optimal. Once these numbers are determined they will be used to evaluate network performance and define bandwidth allocation. While it’s possible to improve video conferencing bandwidth by limiting the number of devices and applications on the network, or switching from a wireless to a wired connection, those adjustments aren’t always practical or possible and it’s best not to depend on them. Instead, the network should be designed to reliably meet all traffic needs.

Video conferencing is important, but it isn’t the only business critical application on the network. It’s necessary to keep in mind all business needs when designing quality of service (QoS) policies such as bandwidth allocation and multiple SSIDs.

Most access points (APs) have a QoS feature that businesses can enable and use to regulate bandwidth usage across the network. This can be done in two ways:

Companies can choose to prioritise other services in addition to video conferencing. For example, they might want to ensure that any streaming video not just conferencing will work optimally, or focus on downloads, VoIP calls, or anything else.

Once traffic is defined with the appropriate priority, network resources are divided accordingly to ensure that critical applications always perform well.

SSIDs (service set identifiers) are the names of WiFi networks. It’s common for businesses to have 2-3 in order to provide different levels of wireless access to different users and devices. This generally looks something like this:

This organisation not only helps keep the network secure, but it also helps with bandwidth allocation. For example, a company can limit the bandwidth available to SSID 2, thereby preventing a guest from streaming a video or playing a game and affecting overall network performance.

In addition to these three networks, companies can establish control policies on the WLAN that further limit network access for identified devices. This is recommended rather than creating more SSIDs because each SSID creates its own overhead (network traffic) as it transmits Beacons/Probe Responses. This overhead can make up to 7-10% of airtime utilisation. Minimising the number of SSIDs helps keep this overhead from clogging the network and degrading its performance.

Since networks are dynamic, constantly changing resources, the only way to ensure consistently reliable performance is with constant visibility and analytics. The most important thing an enterprise can do is make sure that the network is under constant supervision. This supervision needs to move beyond monitoring and include analytics so that IT can be alerted to and resolve issues as quickly as possible, ideally before end users are affected.

Companies need visibility into not only video conferencing applications (just before, during, and after calls), but also the entire network ecosystem. Anything on a network can be impacted by anything else. Nothing exists in a vacuum. So, whether working with the analytics functionalities included in video conferencing platforms or other tools, companies need:

Companies can either have a reactive analytics workflow one where IT waits to be alerted to issues by end users or reviews network test results only at certain times during the day or a proactive workflow in this case, analytics and actionable solutions to issues are automatically reported and IT can assume that the network is optimised unless otherwise alerted.

A proactive workflow will save companies time and money and is something that all businesses should work towards. Whether they’ve already done so or are still transitioning, these recommendations will protect operational efficiency and productivity, optimising not only video applications, but the entire enterprise network.

The author is Roger Sands is CEO and Co-founder of Wyebot.

Roger Sands is a CEO and co-founder of Wyebot, Inc. Roger has 17 years of executive management positions in successful networking startups and Fortune 500 companies. Prior to Wyebot, Roger was the business line manager for Hewlett-Packard’s WW WLAN business growing it from #6 to #2 market share. Roger joined HP via the acquisition of Colubris Networks, a wireless startup where he held a number of executive positions including co-CEO and was instrumental in the HP acquisition.