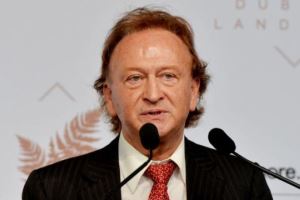 Ballymore Group founder and group CEO Sean Mulryan has acquired a significant minority stake in the Zoosh Group (Zoosh), the cloud venture builder. He will now join the board as a non-executive director along with the four founders Balazs Bakos, Bert Farrell, David Brophy and Mervyn Graham.

Zoosh invests in and works with new cloud ventures from the idea stage through to their commercialisation, product build, entrepreneurial development and growth strategy. The company has recently created its own studio model and is now initiating new ventures from within. Zoosh invests through its own funds as well as an expanding network of private investors.

Sean Mulryan says, “As someone in business for 40 years, I have always admired the drive of entrepreneurs to be successful. With a proven track record in bringing high potential digital startups to market, Zoosh is the perfect partner to help entrepreneurs create, launch and scale their cloud-based products and businesses. I fully support Zoosh’s vision, and I am excited to contribute as Zoosh help turn smart ideas into profitable, successful businesses”.

“Since working with Sean at Ballymore Group, Sean and his family have always been supportive of new businesses in Ireland and abroad. As the founder of one of Ireland’s best-known businesses, Sean brings considerable business acumen and long experience which will be invaluable as we continue our growth journey. On a personal note, it is a pleasure to be able to work with Sean Mulryan again”, says David Brophy, Zoosh Co-Founder.

Some examples of new Irish ventures that Zoosh has co-created in partnership with high potential founders include OptaHaul (Westmeath), IDASO (Westmeath), Kyzentree Technologies (Galway), ClubSpot (Cavan), and Frequency Communications (Dublin). Recent Zoosh successes include being ranked Top 20 in Deloitte Technology Fast 50 and becoming the Irish venture builder to be accepted into the GSSN network.

Combined with a cutting-edge Product Studio, Zoosh’s Venture Builder has built and co-created over 50 cloud propositions since inception and has generated an equivalent to over 100 new full-time roles within the tech industry so far. One of Zoosh’s aims is to grow its in-house team, which is currently close to 100 industry experts across Europe, to enable an increase of investments in new digital ventures and bring more cloud products to market.