Total private investment in AI more than doubled in 2021 to stand at $93.5bn - The EE
Skip to content 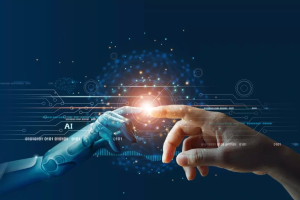 We live in a world where artificial intelligence (AI) is becoming ever more integrated into our lives and the economy. It’s no surprise, therefore, that it’s also getting some serious funding.

The total amount of funding raised by venture capitalists (VCs)for AI startups has increased significantly since 2017. However, as indicated earlier, the number of companies qualifying for funding is shrinking. Why? Because VCs are increasingly willing to invest large sums of money into fewer but larger deals. That’s to avoid over-investment and ensure they get a return on their money.

It’s clear that private investors want to invest heavily in AI but only as long as they see a real return on their investment. With that in mind, it’s important for founders looking for seed funding to consider what kind of value investors expect from their investment.

What does the future of AI funding hold?

This increase can be attributed to improved performance by algorithms, increased use cases for AI products and services, and an influx of startups into the market. These are all signs that AI is no longer a niche technology but an essential part of business strategy and the global economy.

U.S and China are dictating the pace of AI developments

The U.S and China lead in private investments in the field. The two are locked in a two-horse race for market dominance. Though the former currently holds an upper hand, the latter has been rapidly gaining ground following significant investments in that space.

By the end of 2020, the U.S had invested over $23 billion (€22.12 billion) in private investments in the sector. That was more than twice the $9.9 billion (€9.52 billion) that China did. But the country’s tech ambitions are keeping it on course to dethrone the U.S from its patch. The country has set its sights on becoming the world’s A.I innovation hub targeting to grow its market share to $150 billion (€144.25 billion).