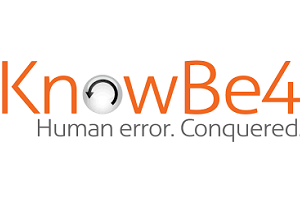 London, UK. 18 May 2022 – KnowBe4, the provider of the security awareness training and simulated phishing platform, announced that its research arm, KnowBe4 Research, has launched the 2022 Security Culture Report, which looked at trends in security culture for the first time, finding that security culture worldwide has improved overall.

Security culture is the ideas, customs and social behaviors of an organisation that influence their security. The 2022 KnowBe4 Security Culture Report looked at the seven different dimensions of security culture (Attitudes, Behaviors, Cognition, Communication, Compliance, Norms and Responsibilities) across regions and industries worldwide.

Key findings from the report include:

“Security culture involves how people think about and approach a more secure environment and this report focuses on those key elements,” says Perry Carpenter, chief evangelist and strategy officer, KnowBe4. “In the new trend data, which looked at security culture over the last two to three years, security culture has improved across regions and industries overall. This was the most promising finding from our research and emphasises that security culture should be viewed as a critical asset used to reduce risk and improve security. Further, KnowBe4’s recommendations for continuous security awareness training and simulated phishing assessments as well as measurement tools the organisation offers such as the Security Culture Survey are contributing toward creating a stronger security culture across the globe.”

The 2022 Security Culture Report includes responses from more than 257,000 employees in 1,456 organisations around the world who are also KnowBe4 customers and have completed the Security Culture Survey.