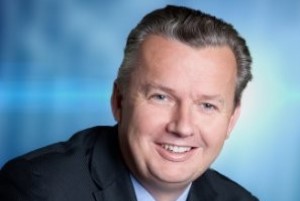 Bloomfield, New Jersey – Ezlo Innovation, an IoT platform developer, launched a new smart home bundle, designed to connect with anything to create an entire, whole home automation solution. The bundle features a new doorbell with InstaVue technology and an edge computing controller, called Ezlo Plus, which is able to control the latest Z-Wave, Zigbee, and RF devices along with thousands of Wi-Fi products to enable an infinitely scalable and cost effective smart home.

The video doorbell camera, VistaCam 1203 featuring InstaVue technology, offers one of the fastest video replays on the market; under one second on a local connection and under two seconds on a remote connection. Ezlo Plus, the new computing hub, processes data at “the edge” that is at the end point device, locally as opposed to the Cloud resulting in both enhanced device response time and improved data security. The Ezlo plus also offers cloud processing for remote access.

“Critically important when it comes to the performance of any smart home device especially a doorbell camera, is latency,” says Mark Samuel, CEO Ezlo Innovation. “By bringing two technologies together InstaVue technology and edge computing we’ve developed a camera that presents replay in less than one second which is faster than any other doorbell camera on the market. And, with the Plus hub’s ability to integrate any device regardless of manufacturer or protocol, a bundle that will serve as the foundation for an entire smart home configuration.”

What does this mean to the end user? Now they can view video of events as they take place at the entryway of their home…and not seconds later. “And with nearly 50 million package thefts last year,” says Samuel, “those seconds can be the difference between knowing that a delivered package is safe and watching someone’s back as they run off with it.”