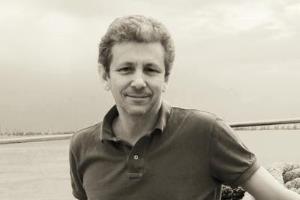 More than 5.5 million homes and businesses in the UK can now connect to an independent fibre broadband network, according to new figures published today. For the first time, the total number of live connections provided by the ‘alt nets’ is above 1 million.

Compiled for the Independent Networks Co-operative Association (INCA) by Point Topic using data provided by independent network operators across the country, this year’s ‘Metrics for the UK independent network sector’ report shows that the sector has again doubled in size over the previous year.

INCA’s chief executive, Malcolm Corbett says, “This continued high level of investment, coupled with commitments from others in the private sector like BT and Virgin Media, and the money being put in by government, shows that the UK is on track, for the first time in its history, to have proper broadband infrastructure competition. Independent network operators are a key piece of this connectivity jigsaw which will offer consumers real choice and drive innovation in the broadband services they consume.”

The report also details operators’ concerns, which include;

“This report shows the increasing maturity of the independent broadband sector”, comments INCA chairman, Alex Blowers. “It is now transitioning from fundraising and planning mode to delivery and execution stage and is undeniably a key partner in the delivery of a 21st century digital UK. It is now crucial that the government and Ofcom ensure momentum is maintained, by evolving the underlying policy and regulatory framework in support of the infrastructure competition that has now arrived in the UK,” Mr Blowers continued.

The full report can be viewed here.

For more information about their work or of INCA in general, please visit here.