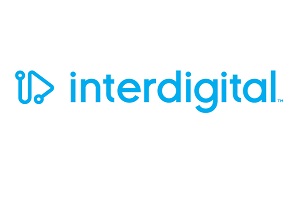 Wilmington, USA – To engage and employ scientists and engineers across the Brittany region in researching the technologies that will shape the metaverse, Inria, the French National Institute for Research in Digital Science and Technology, and InterDigital, Inc., a mobile and video technology research and development company, announced the launch of the Nemo.AI Common Lab. This public-private partnership is dedicated to leveraging the combined research expertise of Inria and InterDigital labs to foster local participation in emerging innovations and global technology trends.

Named after the pioneering Captain Nemo from Jules Verne’s 20,000 Leagues Under the Sea, the Nemo.AI Common Lab aims to equip the Brittany region with resources to pursue cutting edge scientific research and explore the technologies that will define media experiences in the future. The project reflects the recognised importance of artificial intelligence (AI) in enabling new media experiences in a digital and responsible society.

Equipped with funding from both organisations, as well as the French government, the Nemo.AI Common Lab will recruit local researchers, PhDs, post-doctoral students, engineers, and interns to work on priority topics while InterDigital and Inria scientists and engineers serve as research mentors and tutors. The Common Lab will reside in both Inria and InterDigital labs and participants may join scientific seminars, organise public events, jointly deliver presentations, and more in both locations.

“We are delighted to launch the Nemo.AI Common Lab with Inria and we know this partnership will not only strengthen scientific excellence and visibility in our region, but create a space for local researchers and engineers to contribute to the technologies and innovations that will shape our future ecosystems, like the metaverse,” says Lionel Oisel, head of video labs, research & innovation, at InterDigital. “Our expertise complements Inria’s strong research capabilities and together this partnership will bolster innovation across this community.”

Inspired by a mythical city on the coast of Brittany, the first project addressed by the Nemo.AI Common Lab is called “Ys.ai” and will develop new technologies to enable engagement in the metaverse. Specifically, the project will examine user representation in the form of avatars and explore their behavior and interactions with objects and each other, as well as the ability to interchange avatars between differing metaverse standards and formats.

Inria is the institute for research in digital science and technology and dedicates its researchers and resources to exploring topics like AI and quantum computing, digital security, data science and high-performance computing, among others. InterDigital is one of the pure research, innovation, and licensing companies developing foundational IP and industry standards for innovative solutions in wireless, video, and more.

The Nemo.AI Common Lab was officially launched on June 9th, 2022.