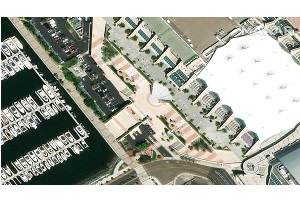 With the new, multiyear agreement, Esri will use Maxar’s Vivid basemaps to upgrade nearly half of the global landmass in Living Atlas from 1.2 m resolution to 60 cm resolution. This enhancement reflects a continued investment from the Esri Living Atlas team to bring the best quality, highest resolution imagery basemaps to ArcGIS online users for creating more accurate maps and making better decisions.

“Maxar is proud to continue to license Vivid as the foundational data for the Living Atlas, which is used by so many organisations around the world,” says Dan Nord, Maxar senior vice president and general manager of enterprise earth intelligence. “Derived datasets and maps are only as good as the primary data source so we applaud Esri for choosing Maxar’s industry-leading basemaps for its subscribers.”

These Maxar products are available in the Living Atlas:

A Vivid Standard sample of San Diego at 50 cm resolution is available for download via Maxar’s Resource Hub.