Pet names and family birthdays are the most popular passwords in Europe, study shows - The EE
Skip to content 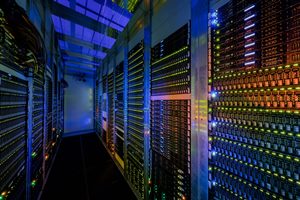 London, UK. 2 August, 2022 – In the United Kingdom, the first thing that comes to mind when internet users think of a password is the name of their pet (10%). It is therefore very likely that you will come across British passwords with “Teddy”, “Bella” or “Roxy”. Birth dates of family members, partners or friends are the most important source of internet passwords for Germans, but also for Austrians and the French. In Austria, 12% of the population use the birth data of those close to them for passwords; in France it is 13% and in Germany 16%. These are the results of a representative survey by GMX.

Celebrating children’s or partners’ nicknames in login data, on the other hand, is again particularly popular in Germany: here, more than one in ten (11 %) use them for their internet passwords. The British are much more discreet about using nicknames of those close to them, at 2%, and the proportion is also much lower in Austria at 5% and in France at 4%.

Passwords containing personal information such as date of birth or names of family members are a serious security risk. Criminals can specifically spy for such data on social media platforms or via other means in order to then break into the e-mail or online shopping accounts of those affected.

German users are surprisingly careless: only 43% do without personal information in their passwords. In Austria, this proportion is 48%. The British, on the other hand, do better: There, the majority (54 %) do not use personal details in their passwords. More than half (51 %) of the French are also much more careful about the composition of their passwords than the Germans.

“Identity theft is a real nightmare for many Internet users. Special attention should be paid to one’s email account, because this is how you log into most services and can reset passwords. In addition to a strong, unique password for each service, you should also activate two-factor authentication,” says Jan Oetjen, CEO of GMX.

If two-factor authentication (2FA) is activated, the current password alone is not sufficient to log into the Internet account. In addition, another authentication factor must be specified when logging in, to which only the account holder can have access. In most cases, the second factor is a numerical code that is received by SMS or generated in a smartphone app, for example.

The data used is based on surveys conducted by the market research company Bilendi & respondi (data for Germany) and by YouGov Deutschland GmbH (data for Austria, France and the UK). Survey period: February 2022 (Germany) and May 2022 (Austria, France, UK). A total of 1,000 people in Germany, 1,051 people in Austria, 1,005 people in France and 2,118 people in the UK were surveyed. The results were weighted and are representative of the respective population aged 18 and over.