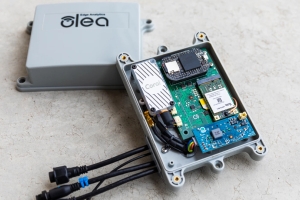 Olea is asking municipal leaders to take immediate action as triple-digit temperatures dry up bodies of water and damage crops. With water levels dropping, utilities with at least 1,000 large meters (2 inches and larger) can benefit from greater visibility into the performance of these assets, ensuring every drop of water is accounted for.

“As a Texas company, we’re seeing first-hand the effects of this brutal drought across the state,” says Olea Edge Analytics CEO Dave Mackie. “We want to issue this as a call to action so that cities and counties can quickly address declining water levels. In a matter of weeks, utilities can identify the most critical performance problems, prioritise repairs and prevent the loss of millions of gallons of water.”

On July 8, Abbott issued a drought disaster declaration because “exceptional drought conditions pose a threat of imminent disaster.” The impacted areas include the cities of Houston, Austin, San Antonio, and Fort Worth and cover 164 of Texas’ 254 counties. The Texas Commission on Environmental Quality lists dozens of public water systems that are limiting water use to avoid shortages.

Olea’s platform focuses on the health of large commercial and industrial water meters, which can lose accuracy by more than 10% per year under normal conditions. Cities have a responsibility to keep these meters working correctly as they can account for 40-60% or more of a utility’s annual revenue. Through Olea’s AI-based edge computing technology, utilities have never-before-seen insights into the health of their largest revenue generators, enabling utilities to achieve a new level of commercial meter performance and dramatically reduce water loss.

A recent pilot program with the City of Irving in Dallas County looked at an initial batch of 50 commercial meters. Olea quickly uncovered performance issues with 35 of those meters, enabling the City to forego time-consuming, water-wasting industry practices like flow testing. Olea technology also identified the cause of meter issues, enabling Irving to resolve issues more quickly and efficiently.

“Olea’s technology has already made a significant impact for the City of Irving,” says Ashley Waits, an utilities engineering manager for the City of Irving. “Our field crews were particularly impressed because they were able to identify problem meters quicker than our traditional testing schedule would.”

As a result of the Olea pilot, the City of Irving was able to reduce water loss and ensure its largest customers were billed accurately, which in turn recovered an estimated $160,000 (€157,420.00) in annual revenue and helped to keep rates low for residents.