Top level domains have a problem: Blockchain domains could solve it - The EE
Skip to content 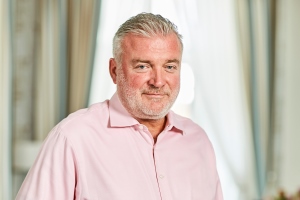 We’d all like to think the internet is only getting safer, more expansive, and perhaps rewarding to be a part of but that might not always be the case. As Lars Seier Christensen, chairman of the Concordium Foundation and founder of Saxo Bank says, The Freedom House Organisation’s 2021 Freedom on the Net report (which assesses internet freedom in 70 countries, accounting for 88% of the world’s internet users) saw online freedom globally declining for the 11th consecutive year.

Stronger protections for internet users are greatly needed, we should all agree on that. But as long as those measures are coming from the same governments responsible for the plunging levels of online freedom, we might have a sticky Catch-22 situation on our hands and be none the safer.

In particular, top level domains such as .com, .net, .org are uniquely prone to censorship and privacy breaches. By virtue of its centralised nature, the DNS name registry is hugely vulnerable to attacks: According to the 2019 IDC survey, “82% companies have experienced a domain name system (DNS) attack in the last year, while 63% of companies have suffered application downtime, costing an average of $1.07 million (€1.05 million) every time.” Predictably, the financial services industry was the most targeted one, with 88% attacks.

Looking at authoritarian states, we find that a controlling regime can easily censor a website by targeting DNS servers, or monitor DNS requests to, in turn, have a full report of an individual’s online activity. And of course, websites hosted by these servers can easily be disabled, manipulated, and their owners blackmailed or extorted by clever hackers, making escalating security concerns real and tangible in the lives of everyday people.

All hope is not lost, however, as the recent development of blockchain domains might be set to disrupt the system we’ve known for the last 40 years when Paul Mockapetris invented the Domain Name System (DNS) in 1983.

Blockchain domains are the DNS equivalent for the decentralised web. Instead of linking a long IP address to a “human friendly” top level url, as the traditional system we are all used to does, they function by linking a long and intricate cryptocurrency wallet identifier to a short domain name, which is easy to remember. They live in blockchain networks, the equivalent of DNS servers for the decentralised web, and differ by the type of blockchain they are connected to. So, for example, domains ending in .eth live in the Ethereum blockchain, while .bit domains refer to the Namecoin blockchain, .ccd to the Concordium blockchain, and so on.

Domains built on the blockchain

These domains are built entirely on the blockchain: they’re native to a decentralised network, and as such, they’re inherently secure, incorruptible, and resistant to censorship. They might even be able to withstand attacks by quantum computers, which today’s security and encryption don’t stand a chance against. The Inter-American Development Bank, Cambridge Quantum, and the Monterrey Institute of Technology have recently developed a cryptographic layer that enables blockchain networks to fully protect themselves from quantum attacks, securing transactions and communications with quantum-proof keys from Cambridge Quantum’s IronBridge platform.

While hackers can often and easily manipulate the DNS system, while remaining completely anonymous under the blanket of their IP address (which is easy to bounce around the world, making their actions untraceable), they would have a harder time breaching a blockchain domain’s security, as they would need a seed phrase to access any wallet or sign in to any platform. Besides, people have come up with some really clever ideas to keep seed phrases secure: they can be hidden in a secret layer of a picture or stored in fireproof metal capsules and plates.

The InterPlanetary File System (IPFS) a decentralised alternative to the World Wide Web, aims to “surpass HTTP in order to build a better web for all of us,” and will be another central component to the vision of Web3. While today’s web is inefficient and expensive, with HTTP downloading files from one server at a time, IPFS retrieves pieces from multiple nodes at once, enabling substantial bandwidth savings. IPFS believes in the potential of a decentralised web, as it believes that increasing consolidation of control threatens the progress of the internet as a great equaliser.

Its mission is aligned with that of blockchain domain architects. Together, they seem to have truly lived up to the mission of Web3, that of “a decentralised and fair internet where users control their own data, identity and destiny, and in doing so, they have made centralised authorities significantly less powerful.

Early adopters and Web3 enthusiasts have been snapping blockchain domains up for a while but following the crypto boom of 2021 brands are also now eyeing them up as valuable digital real estate. With Budweiser recently acquiring beer.eth, the NBA nba.eth, Puma puma.eth, and even talk-show host Jimmy Fallon getting in on the action with fallon.eth, there’s no stopping now.

Current figures from OpenSea, the NFT marketplace, also tell the story of an interesting trend happening right before our eyes: if the number of .com domain sales in the year up to May 2022 was 126,770, 10,707 of those happened in April 2022; on the other hand, .eth domain sales the year up to May 2022 amounted to 59,188, but 46,261 of those happened in April 2022. And as for competitors launching new and exciting products, Bictory Finance is going to be launching the Concordium Name Service (CNS), a decentralised, open, and multi-utility wallet naming system based on the self-sovereign ID professional blockchain Concordium.

Does this mean that blockchain domains might soon overtake .com domains?

While blockchain domains’ current usage is still limited, and the timeline for mass adoption still to be defined, it’s becoming increasingly clear that widespread support and application of these technologies is now a matter of when, not if.

And when that happens when the transformation of Web2 into Web3 we are currently living through comes to a close- domains like .com and .net might come to seem like a thing of the past. Beyond that, it’s easy to see why an entire system in which domain names are managed by different registrars and rented out to users who have little control over them, might soon look obsolete.

Who knows, perhaps in a few years The Freedom House Organisation’s Freedom on the Net report might come to paint a very different picture of the world as we know it. If blockchain technology has a say in it, hopefully that dream might become a reality sooner than we expect.

The author is Lars Seier Christensen, chairman of the Concordium Foundation and founder of Saxo Bank