Towards helpful robots: Grounding language in robotic affordances - The EE
Skip to content 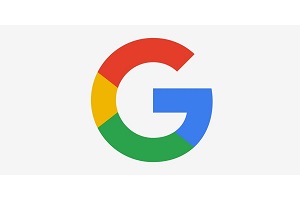 August 16, 2022 – Over the last several years, we have seen significant progress in applying machine learning to robotics. However, robotic systems today are capable of executing only very short, hard-coded commands, such as “Pick up an apple,” because they tend to perform best with clear tasks and rewards. They struggle with learning to perform long-horizon tasks and reasoning about abstract goals, such as a user prompt like “I just worked out, can you get me a healthy snack?”, says Brian Ichter and Karol Hausman, research scientists, Google Research, Brain Team.

Meanwhile, recent progress in training language models (LMs) has led to systems that can perform a wide range of language understanding and generation tasks with impressive results. However, these language models are inherently not grounded in the physical world due to the nature of their training process: a language model generally does not interact with its environment nor observe the outcome of its responses. This can result in it generating instructions that may be illogical, impractical or unsafe for a robot to complete in a physical context.

For example, when prompted with “I spilled my drink, can you help?” the language model GPT-3 responds with “You could try using a vacuum cleaner,” a suggestion that may be unsafe or impossible for the robot to execute. When asking the FLAN language model the same question, it apologises for the spill with “I’m sorry, I didn’t mean to spill it,” which is not a very useful response. Therefore, we asked ourselves, is there an effective way to combine advanced language models with robot learning algorithms to leverage the benefits of both?

In “Do as i can, not as i say: Grounding language in robotic affordances”, we present a novel approach, developed in partnership with Everyday Robots, that leverages advanced language model knowledge to enable a physical agent, such as a robot, to follow high-level textual instructions for physically-grounded tasks, while grounding the language model in tasks that are feasible within a specific real-world context.

We evaluate our method, which we call PaLM-SayCan, by placing robots in a real kitchen setting and giving them tasks expressed in natural language. We observe highly interpretable results for temporally-extended complex and abstract tasks, like “I just worked out, please bring me a snack and a drink to recover.” Specifically, we demonstrate that grounding the language model in the real world nearly halves errors over non-grounded baselines. We are also excited to release a robot simulation setup where the research community can test this approach.

A dialog between user and robot, facilitated by the language model

Our approach uses the knowledge contained in language models (Say) to determine and score actions that are useful towards high-level instructions. It also uses an affordance function (Can) that enables real-world-grounding and determines which actions are possible to execute in a given environment. Using the the PaLM language model, we call this PaLM-SayCan.

Our system can be seen as a dialog between the user and robot, facilitated by the language model. The user starts by giving an instruction that the language model turns into a sequence of steps for the robot to execute. This sequence is filtered using the robot’s skillset to determine the most feasible plan given its current state and environment. The model determines the probability of a specific skill successfully making progress toward completing the instruction by multiplying two probabilities: (1) task-grounding (i.e., a skill language description) and (2) world-grounding (i.e., skill feasibility in the current state).

There are additional benefits of our approach in terms of its safety and interpretability. First, by allowing the LM to score different options rather than generate the most likely output, we effectively constrain the LM to only output one of the pre-selected responses. In addition, the user can easily understand the decision making process by looking at the separate language and affordance scores, rather than a single output.

Each skill in the agent’s skillset is defined as a policy with a short language description (e.g., “pick up the can”), represented as embeddings, and an affordance function that indicates the probability of completing the skill from the robot’s current state. To learn the affordance functions, we use sparse reward functions set to 1.0 for a successful execution, and 0.0 otherwise.

We use image-based behavioral cloning (BC) to train the language-conditioned policies and temporal-difference-based (TD) reinforcement learning (RL) to train the value functions. To train the policies, we collected data from 68,000 demos performed by 10 robots over 11 months and added 12,000 successful episodes, filtered from a set of autonomous episodes of learned policies. We then learned the language conditioned value functions using MT-Opt in the Everyday Robots simulator. The simulator complements our real robot fleet with a simulated version of the skills and environment, which is transformed using RetinaGAN to reduce the simulation-to-real gap. We bootstrapped simulation policies’ performance by using demonstrations to provide initial successes, and then continuously improved RL performance with online data collection in simulation.

To test our approach, we use robots from Everyday Robots paired with PaLM. We place the robots in a kitchen environment containing common objects and evaluate them on 101 instructions to test their performance across various robot and environment states, instruction language complexity and time horizon. Specifically, these instructions were designed to showcase the ambiguity and complexity of language rather than to provide simple, imperative queries, enabling queries such as “I just worked out, how would you bring me a snack and a drink to recover?” instead of “Can you bring me water and an apple?”

We use two metrics to evaluate the system’s performance: (1) the plan success rate, indicating whether the robot chose the right skills for the instruction, and (2) the execution success rate, indicating whether it performed the instruction successfully. We compare two language models, PaLM and FLAN (a smaller language model fine-tuned on instruction answering) with and without the affordance grounding as well as the underlying policies running directly with natural language (Behavioral Cloning in the table below).

The results show that the system using PaLM with affordance grounding (PaLM-SayCan) chooses the correct sequence of skills 84% of the time and executes them successfully 74% of the time, reducing errors by 50% compared to FLAN and compared to PaLM without robotic grounding. This is particularly exciting because it represents the first time we can see how an improvement in language models translates to a similar improvement in robotics. This result indicates a potential future where robotics is able to ride the wave of progress that we have been observing in language models, bringing these subfields of research closer together.