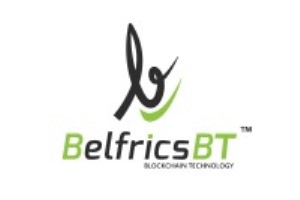 All of the companies that have completed the M1 License have gone live and are onboarding citizens to generate health IDs. Belfrics is currently working towards delivering a permanent solution using its KYC Belrium blockchain to eliminate some of the bugs identified during implementation. In the next 30-days, Belfrics intends to get M1 license and also complete M2 and M3 (Milestones 2 and 3) within the next 3 months. Authorities also asked Belfrics to submit a white paper on how “Belrium Blockchain” can be used by ABDM where blockchain will give a strategic advantage. Belfrics was also asked to submit a proposal to profile the facilities and practitioners within the state Governments on blockchain. This will help the ecosystem of ABDM, since health care is a state subject in India.

Belfrics CEO and founder, Praveen Kumar, says, “BelYo is our healthcare dApp which can be used for any healthcare department that involves identity or document management. Patient record management, patient registration, patient ID, healthcare profession certificate, healthcare facility certificate, and vaccination records can all be issued using the BelYo platform. BelYo is a product that was originally developed by Takshay Labs Pvt Ltd ( Formerly known as Synk Labs Pvt Ltd) and BelfricsBT Sdn Bhd for a COVID19 challenge that was initiated by International Institute of Information Technology, Bangalore (IIIT-B) and supported by Mphasis F1 Foundation grant. Post covid, every citizen was required to have a blockchain wallet to receive and share the blockchain-based covid certificate, which is why officials directed the founders of BelYo to participate in the National Health Authorities ABDM project.”

Mr. Kumar adds, “This is a tremendous opportunity for Belfrics to partner with ABDM by utilising our Belrium blockchain at the architecture level. Our goal is to create an ABDM + Blockchain solution for the state governments, along with a blockchain-based PHR (personal health record) where sharing of the data outside India through the ABDM eco-system will be our core. Belfrics is the only blockchain company among 57 other providers, and NHA authorities spoke about how they could use Belrium for the ABDM architecture, state government implementations, and a few core modules. Belfrics intends to fulfill 20% of ABDM market size (200 million) in the next 5 years, which is the population of India.”

Satish Shekar, CEO and founder of Takshay Labs Pvt Ltd, says, Since the launch of “BelYo” I have always been optimistic about Belrium Blockchain and the eco-system of dApp that Mr. Kumar envisioned. In the process I also Joined Belfrics as a Principal Consultant, and I am currently working on BelYo and other dApp’s for Belfrics. Before acquiring M1 license I will transfer my share of “BelYo” to Belfrics.

As per our conversation with the authorities of ABDM, Belfrics learned that since inception, BelYo is the only blockchain partner for Ayushman Bharat Digital Mission (ABDM), and as they noted, has the “potential of bringing a revolutionary change in India’s healthcare facilities.” The flagship digital initiative involves the creation of not just a unique health ID for every citizen, but also a digital healthcare professionals and facilities registry with blockchain initiatives, which makes it more secure, more efficient, and the most efficient blockchain solution for the healthcare business.

“At a time when many blockchain providers are struggling and reducing staff, Belfrics continues to solidify its relationship with the Indian government,” says Life Clips CEO, Robert Grinberg. “The healthcare industry is trending toward software developments, which includes the acceleration of Blockchain technology to protect health data. Globally, the Blockchain in Healthcare market size is expected to grow at a Compound Annual Growth Rate (CAGR) of 61.3% and reach USD $1.19 billion (€1.18 billion) by 2028. As a result of the increasing acceptance of blockchain as a service and the transparency and immutability of the distributed ledger technology, we believe Belfrics’ BelYo presents tremendous opportunities for our company.” Mr. Grinberg continues, “We look forward to updating shareholders on additional opportunities, as well as several key announcements in the coming months.”