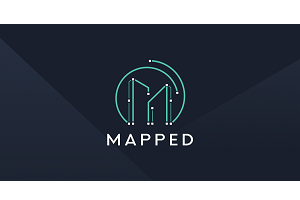 Capable of quickly discovering all devices on a network and extracting data from building systems, sensors, and vendor APIs, Mapped simplifies the data integration process down to a single API. Through this latest launch, application developers are able to connect cloud data in less than four minutes and with paid plans collect on-prem data in four hours, allowing them to fully map and integrate a building’s data sources in a mere four days. With the aim of breaking down enterprise data silos, Mapped’s solution frees up months of manual resources from data science teams, integration engineers, and software developers so they can focus efforts on innovation rather than integration.

Upon sign-up for the Mapped Starter Plan, users gain instant access to the Mapped platform, which has been built to automatically ingest data from an ever-growing list of cloud-based connectors that integrate with systems like Google Calendar, VergeSense, Cisco, Microsoft 365, OpenPath, and many others with an API interface. This edge service instantly extracts raw data and transforms it onto an industry standard, open-source graph, Brick Schema.

Mapped’s API creates an independent data layer built on Brick Schema, so data can then be fed to other analytics platforms including visualisation services like Power BI, operational dashboards like Splunk, and data lakes like Snowflake. Users are provided the tools to build new interactive applications for built environments such as commercial office spaces, multi-family buildings, retail stores, and more.

“Mapped is solving a very important problem by unifying siloed data across systems, devices, sensors, and applications and transforming the data from people, places, and things into an easily consumable format, thus minimising integration challenges of rolling out new applications across different locations,” says Jose de Castro, Mapped chief technology officer. “We want to make this platform accessible to everyone and eliminate months of manual integration efforts by using machine learning that allows software developers to unlock value from data within minutes.”

“As the independent data layer for commercial real estate, Mapped is well positioned to power the next generation of PropTech solutions that will take advantage of substantially easier access to normalised data from building systems, architecture, IoT, facilities management, and other industries.” shares Shaun Cooley, Mapped founder and CEO.

This launch comes during a strong wave of momentum for Mapped, having mapped data from over 30M+ square feet across 100+ buildings to date, with over 30,000 device types mapped. Post-launch Mapped is projecting to have mapped 50M+ data points by the end of 2022. To learn more about Mapped and get access to the newly released Starter Plan, visit their website at Mapped or Github at Github.