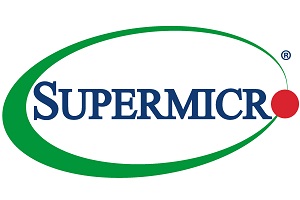 In addition, Supermicro is expanding its GPU server lineup with this new Universal GPU server, which is already the largest in the industry. Supermicro now offers three distinct Universal GPU systems: the 4U,5U, and new 8U 8GPU server. The Universal GPU platforms support both current and future Intel and AMD CPUs – up to 400W, 350W, and higher.

“Supermicro is leading the industry with an extremely flexible and high-performance GPU server, which features the powerful NVIDIA A100 and H100 GPU,” says Charles Liang, president, and CEO, of Supermicro. “This new server will support the next generation of CPUs and GPUs and is designed with maximum cooling capacity using the same chassis. We constantly look for innovative ways to deliver total IT Solutions to our growing customer base.”

The 8U server is designed for diverse and computationally-intensive workloads built for maximum performance in data centres. The new 8U GPU system incorporates high-performing NVIDIA H100 GPUs. With a maximum memory capacity of 8TB, vast data sets can be held in memory, allowing faster execution of AI training or HPC applications. Furthermore, the advanced architecture is designed for GPU-to-GPU communication, reducing the time for AI Training or HPC simulations. Additionally, with the NVIDIA GPUDirect Storage, data can be directly accessed by the GPUs, further increasing efficiencies.

Supermicro supports open standards and adheres to the open power specification assuring customers that Supermicro’s latest servers can be quickly delivered and installed at customer sites, resulting in faster time to productivity.

To learn more about Supermicro GPU Servers with the NVIDIA A100, please visit Supermicro.