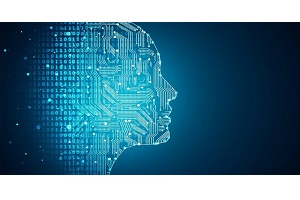 Irvine, United States – Genomic Testing Cooperative, LCA (GTC) announced that its artificial intelligence (AI) algorithms are now formally implemented in daily use to aid pathologists in the diagnosis and interpretation of molecular findings of genomic profiling.

Results of validation of these algorithms are now published in The American Journal of Pathology, a part of Elsevier’s Journal Network (DOI). For example, independent blind testing of RNAnalysis algorithm showed correct first-choice diagnosis in 100% of acute lymphoblastic leukemia, 88% of acute myeloid leukemia, 85% of diffuse large B-cell lymphoma, 82% of colorectal cancer, 49% of lung cancer, 88% of chronic lymphocytic leukemia and 72% of follicular lymphoma. The TraceWork algorithm distinguished between lung cancer and colorectal cancer with 97.2% sensitivity and 94.5% specificity, between Hodgkin lymphoma and normal lymph node with 95.4% sensitivity and 100% specificity, between follicular lymphoma and diffuse large B-cell lymphoma with 95.9% sensitivity and 93.1% specificity, and between breast cancer and ovarian cancer with 100% sensitivity and 94.2% specificity.

“The information provided by these algorithms are used in the context of clinical and other molecular and pathologic findings and not meant to replace the need for physician’s clinical decision,” says Maher Albitar, founder, chief medical officer, and chief executive officer of GTC. “We believe that transcriptomic data when combined with AI provides an efficient and effective information that can replace the need for large number immunohistochemical staining and flow cytometry testing, especially when tissue samples are scant,” Albitar adds.

Andre Goy, chairman & chief physician officer at John Theurer Cancer Centre and academic chairman of oncology at Hackensack Meridian School of Medicine, states, “Precision diagnosis is extremely important for the practice of precision medicine. Today’s RNA and DNA profiling generates big data that requires sophisticated algorithms to decipher the clinical relevance of this data. GTC’s molecular profiling and algorithms had helped us resolve numerous diagnostically challenging cases and the results made a difference in patients management and outcome.”

Aamir Ehsan, CEO/ president, medical director and board-certified hematopathologist and molecular geneticist of CorePath laboratories, at San Antonio, Texas, who is a collaborator and coauthor on the published work, says, “Unlike AI and imaging, transcriptomic data and AI incorporates immunohistochemistry and flow cytometry data as well as numerous additional biomarkers, but more importantly allows us to look at each biomarker individually to make the final pathologic decision. This represents major advances in the practice of pathology.”

It is estimated that approximately 10% of all cancer cases are misdiagnosed and 4% of solid tumors are presented as cancer of unknown primary “CUP”.