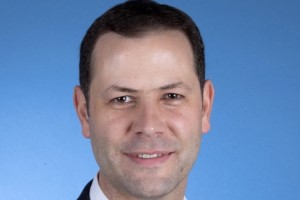 Lausanne, Switzerland & Sriharikota, India, 28 November 2022 – Astrocast, a global nanosatellite IoT network operator, launched four Astrocast 3U spacecraft on Saturday, 26th November into space. This launch is a significant milestone for Astrocast’s nanosatellite IoT network; and enables the company to increase its commercial constellation to 14 satellites making Astrocast one of the top 40 satellite operators in the world, based on the number of satellites currently in orbit.

These new satellites improve the capacity and reliability of Astrocast’s network and will play a key part in providing direct-to-satellite and highly secured connectivity to customers across the globe. This recent launch mission took place at Sriharikota, India’s Satish Dhawan Space Centre. India’s Polar Satellite Launch Vehicle (PSLV-C54) mission with Spaceflight carried Astrocast’s spacecraft as a co-passenger to sun-synchronous orbit (SSO) into space, along with the Indian national primary satellite.

For context, Astrocast’s network went live in January 2021 with an initial launch of five nanosatellites. These were originally commissioned to serve commercial customers. In June 2021, another five satellites were deployed on the SXRS-5 Spaceflight mission, onboard the SpaceX Falcon 9 rocket.

Fabien Jordan, CEO and co-founder, Astrocast says, “This is a major achievement for our team, and our clients will only continue to benefit from the growth and innovation taking place across our nanosatellite IoT network. We are diligently growing our reliable network, improving the overall performance of our global IoT services. We feel good about the progress to date and are on track to meet our goals. This is a true credit to our team of engineers and IoT experts, and our partnership with Spaceflight.”

Astrocast recently launched its satellite IoT Service in February 2022 to the market. It offers Systems Integrators and end users access to a cost-effective, bidirectional Satellite IoT service; and enables organisations to deal with global IoT connectivity challenges in remote locations of the world. For example, use cases include tracking shipping containers across the globe in order to monitor supply chains; or enabling farmers to command silos to release food, open gates or manage irrigation systems, without any need for expensive and often hard-to-source human interaction. Utility companies can remotely control water management systems in line with flood prevention strategies.