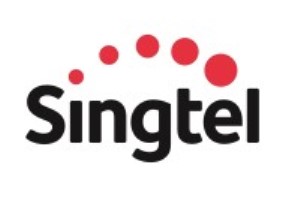 Singtel, in partnership with South Korea’s telecom operator, SK Telecom, have held its first metaverse event at the Singtel Comcentre, Singapore. Exclusively for Singtel customers, the “Destination: ifland” event demonstrated how Singtel’s 5G network is able to support and enable richer and more immersive metaverse experiences for consumers on SKT’s ifland app, which was first launched in South Korea in July 2021.

The metaverse platform, ifland, enables users to design their own digital avatars to chat and participate in a host of activities such as virtual concerts, celebrity fan meets and other events offered by SKT and its partners. Users can also create their own “rooms” and invite their friends to participate in activities that are specific to their interests.

About 130 participants, all winners of a contest that ran on Singtel’s Facebook and Instagram social media channels in December, took part in the showcase. Participants created and customised avatars of themselves in ifland before entering the exclusive Singtel x ifland room where they met American singer-songwriter, Alec Benjamin. Benjamin, who came to fame on YouTube for his performances at carparks outside concert venues, serenaded the audience with his hit songs and answered fans’ questions in real-time. Beyond trying out the ifland app, participants also got to take photos with Benjamin’s avatar via an interactive photobooth and explore other immersive metaverse experiences such as playing games using the Pico 4 augmented reality (AR) headsets.

Ms Anna Yip, chief executive officer, consumer Singapore, Singtel, says, “The evolution of the internet is shifting towards a creator economy and immersive virtual worlds. This requires an ultra-low latency network with high-speed connectivity and higher bandwidth to enable the creation and delivery of an enhanced metaverse experience involving multiple users and augmented or virtual reality devices. With SKT, we’re excited to showcase the capabilities of Singtel 5G in enabling innovative ways to engage consumers in the metaverse, such as new product launches, e-gaming, entertainment events and more. In keeping with our focus of delivering unique and meaningful digital experiences to our customers, we’ll be working with our partners to develop and deliver more such use cases that demonstrate the capabilities of our metaverse-ready network.”

“Destination: ifland” is the first instalment in The Meta Guide, a series of metaverse-themed events Singtel plans to develop in collaboration with SKT. The series is aimed at introducing new platforms and experiences in the metaverse for consumers to explore. More details will be shared in due course.

The ifland app is currently available to Android and iOS users in over 49 countries. Singtel customers who download ifland can look forward to exclusive benefits such as K-pop fan meets on ifland, and exclusive virtual merchandise in the near future. To find out more about The Meta Guide by Singtel and upcoming events, visit Singtel Meta.

Partnering SKT to develop metaverse offerings for the region

One of four strategic partners and the only telco globally, Singtel is working closely with SKT to develop virtual versions of places in Singapore and avatars customised to the local culture. In the long term, SKT and Singtel aim to expand their metaverse offerings to countries where Singtel has a presence in, such as Indonesia, Thailand and the Philippines. In parallel, the two companies will also explore opportunities to collaborate in areas such as advanced data encryption to build safer networks against emerging cyber threats.

The global metaverse market is forecast to grow nearly twentyfold from US$39 billion (€35.87 billion) in 2021 to US$680 billion (€625.40 billion) by 2030, fuelled by the integration of AR tools and virtual reality (VR) headsets. Currently, most users access metaverses through their smartphones or computers which may not offer users an optimal experience. The metaverse, twinned with 5G technology, could digitally transform industry verticals, such as manufacturing where emerging technologies and innovations such as automated robots can be deployed in the metaverse to test operations or train staff before such machinery is deployed in the real world.

To find out more about 5G for business, visit Singtel Enterprise 5G.